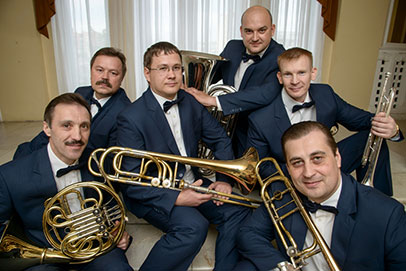 Brandt Brass Ensemble was awarded a Grand Prix and a special prize ‘For keeping and development of the traditions of brass wind instruments playing’ among the nominated wind brass instruments bands at the 2nd International Trumpet Players Competition in honour of V.I. Schiolokov (Ekaterinburg, 2007).

The Ensemble also received thankful notes from the Ministers of Culture of Dagestan and Udmurtia, and from the international department of the Moscow State Conservatory named after P.I. Tchaikovsky for effective cooperation in culture and art.

Since March, 2010 Brandt Brass Ensemble has been the first band to officially represent ‘Yamaha’ in the Russian Federation. 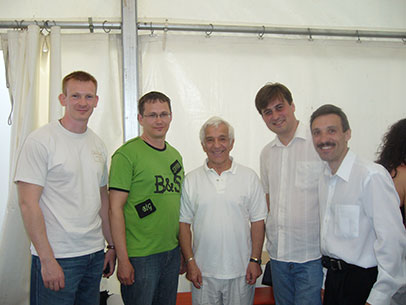 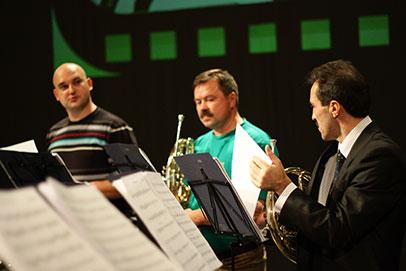 Since 2011 Brandt Brass Ensemble has been holding its own musical festival ‘Brass evenings over the Volga’.

Among the participants of this festival were bands and soloists of the Mariinsky Theatre, of the Russian National Orchestra conducted by M. Pletnev, and of the Russian National Philharmonic Orchestra conducted by V. Spivakov, the trombone quartet of the Moscow State Conservatory named after P.I. Tchaikovsky, the saxophones quartet ‘Sonic art’ (Germany), Matthias Höfs  (trumpet, Germany), Øystein Baadsvik (tuba, Norway), Steven Mead (euphonium, England).

Brandt Brass Ensemble was founded at the initiative of the Winner of the International competitions Oleg Abramov in 2003 and named after Willie Brandt, an outstanding German trumpet player and the founder of the trumpet school, the Brass Ensemble and the Symphony Orchestra of the Saratov State Conservatory. The creative activity of the Ensemble widely contributes to the recognition of brass instruments as giving concerts and introduces the general public in Russia and abroad with classical and contemporary chamber music repertoire for these instruments.